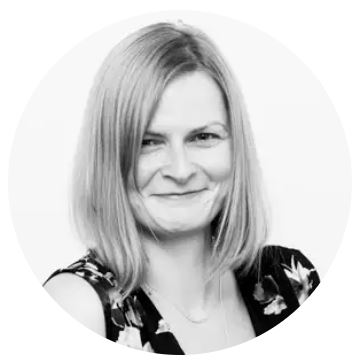 Back to Cambridgeshire County Day

It’s a great privilege to advise that Le Mark’s Head of Export, Karolina Wlodarczyk MA, has been uniquely invited to be an ‘Export Champion’ for the UK’s Department of International Trade.

Karolina is a Polish citizen originally from the southern Silesian town of Raciborz .Karolina studied (2004-2009) and graduated from Opole University with a master’s degree in English Language and Cultural Studies. Now a St Ives resident, she is currently undertaking additional business training and education with an ambition to see a future graduation with the new ARU Peterborough.

Since joining Cambridgeshire based Le Mark Group Ltd, her career has grown from strength to strength . Karolina has built a reputation internationally, leading from the front at trade shows around the world. Karolina is now responsible for over 70 international Le Mark distributors, either direct, or linking via her export department team.

(What I didn’t know) Karolina also worked in secret assisting the DIT in the preparation and final submission to St James Palace, relating to the nomination and award of my OBE.

Karolina has worked with me on several DIT initiatives, both regionally, internationally, and more recently in London at the DIT headquarters in Old Admiralty Building .

She is respected by many; I believe her skills were recognised at high level where she was formally invited to take on the position of ‘Export Champion’ for DIT.

She will now represent both her company and the UK, encouraging and developing companies to export and develop their overseas trade skills.

It’s a pleasure to share this story of success, Karolina is a credit to her own drive ,ambition and the Polish education system.

She is a great ambassador for Poland, proving that strong ethics, hard work and professionalism with always be rewarded.

We use cookies on our website to give you the most relevant experience by remembering your preferences and repeat visits. By clicking “Accept All”, you consent to the use of ALL the cookies. However, you may visit "Cookie Settings" to provide a controlled consent.
Cookie SettingsAccept All
Manage consent

This website uses cookies to improve your experience while you navigate through the website. Out of these, the cookies that are categorized as necessary are stored on your browser as they are essential for the working of basic functionalities of the website. We also use third-party cookies that help us analyze and understand how you use this website. These cookies will be stored in your browser only with your consent. You also have the option to opt-out of these cookies. But opting out of some of these cookies may affect your browsing experience.
Necessary Always Enabled
Necessary cookies are absolutely essential for the website to function properly. These cookies ensure basic functionalities and security features of the website, anonymously.
Functional
Functional cookies help to perform certain functionalities like sharing the content of the website on social media platforms, collect feedbacks, and other third-party features.
Performance
Performance cookies are used to understand and analyze the key performance indexes of the website which helps in delivering a better user experience for the visitors.
Analytics
Analytical cookies are used to understand how visitors interact with the website. These cookies help provide information on metrics the number of visitors, bounce rate, traffic source, etc.
Advertisement
Advertisement cookies are used to provide visitors with relevant ads and marketing campaigns. These cookies track visitors across websites and collect information to provide customized ads.
Others
Other uncategorized cookies are those that are being analyzed and have not been classified into a category as yet.
SAVE & ACCEPT